It has been an exciting last few weeks for me here in The Netherlands. On a personal front, we had the most amazing snow storm that brought the nation to a standstill while whitening the way for snowmen and snowball fights. 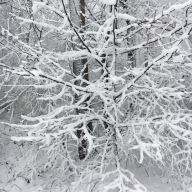 On an author front, I had two pleasant surprises!

The Things We Said in Venice was listed as one of the 2017 TOP 10 PICKS by Venice expert and blogger The Venice Insider.

This is quite an honor, as Katia knows Venice inside and out. I wish I had discovered her blog before I wrote The Things We Said in Venice, as I could have enriched the Venice scenes in my travel romance with tidbits from her blog.  Here is a screen shot of a few of the books that made her list.

Please follow this Venice Insider link to see her full list of her 2017 Top Ten of Venice-inspired books.

The Things We Said in Venice also made it into the Winter 2017 edition of ACCESS, an expat magazine in The Netherlands with national distribution. Expat journalist Molly Quell wrote the following review:

Print copies of ACCESS magazine are available at expat centers throughout The Netherlands and it is also available digitally. This magazine provides newsworthy information for expats on living abroad, as well as a look at culture and the arts. Here is a link to the online edition of Access magazine.

And my last bit of news is that a shipment of books arrived from the United States a few weeks ago. If you live in The Hague area, you can order a copy through The American Book Center of The Hague, or contact me directly for a signed copy.  It is also available online via Amazon in your respective country in kindle and print format. 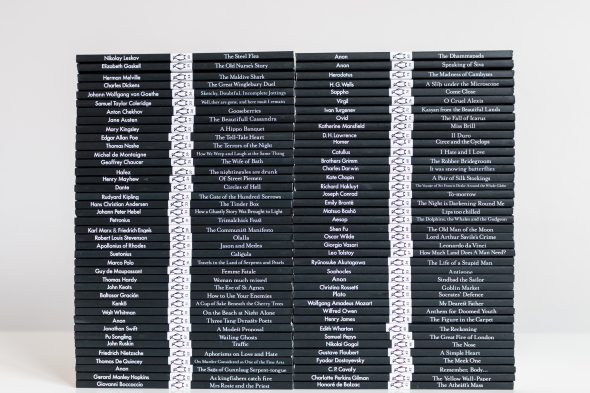 Have you seen these cute little black books? They are part of the PENGUIN Little Black Classics series, issued in 2015 to celebrate the 80th anniversary of Penguin Books.

Perhaps by making them pocket-sized, they had hoped to downplay the significance of these works and by doing so, make them appear less daunting / more palatable to the harried, multi-tasking contemporary reader. If that was their ploy, it certainly worked on me.

Why not start out with a highly accessible story in the series entitled Daphnis and Chloe by Longus? It is a pastoral love story that takes place in the 2nd century A.D. on the Greek Isle of Lesbos. This charming tale of two youths, both from unknown origins who were raised by simple farmers in the countryside, comes across as a very simple tale. Yet it has a magical timelessness about it.

Written in an era when people lived off the land, honored the sea nymphs and prayed to the Gods with impressive results, it definitely says 2nd century A.D. But it has a strange modernity about it as well. Homosexuality is seen as perfectly normal and timeless issues of wealth versus poverty, cultural conflicts, deceit, abduction, forgiveness, jealousy, greed, innocence and desire all play a role. Considering so many contemporary novels have mystical elements, Pan intervening on behalf of a love struck man seems almost contemporary.  And for an author of romance such as myself, I was of course happy to learn that at the heart of this little novel is love.

Raised as sheep and goat herders, Daphnis and Chloe spend a lot of time together tending to their flocks out in nature, away from others. Seeing as there’s lots of down time, like when the sheep are resting in the shade, they have plenty of leisure time to swim in the lakes and the rivers, play pipes, weave garlands for the sea nymphs and bathe in the pools of the sea nymphs. Considering the importance of nature and how efficiency in nature is important, it might even be fair to say Daphnis and Chloe is one of the first eco-romances.

Daphnis grows from a happy young boy into a handsome young man. The women of the village liken his beauty to that of the god Dionysus. Chloe transforms from his childhood playmate into a beautiful young woman.  As you can imagine, all of that bathing and touching and time in nature starts to awaken things in them. But do they even recognize what’s going on? No. They don’t. If The Blue Lagoon ever needed a source for depicting innocents discovering the joys of the human body, this could have been their reference book.

Although Daphnis and Chloe are innocent, those around them know the drill. Nevertheless, it takes quite some time before they are enlightened. When Chloe first falls for Daphnis, she has no idea what is happening to her.

“She cared not for her food, lay awake at night and disregarded her flock; she laughed, then she cried; she sat down, then she leaped up; her face was pale, and then again it was fired red.”

Daphnis is equally clueless: “‘Whatever did Chloe’s kiss do to me? Her lips are softer than roses, her mouth is sweeter than honey, but her kiss is sharper than a bee sting. I’ve kissed kids many times, I’ve kissed newborn puppies many times . . . . But this kiss is something new. I’m short of breath, my heart is pounding, my soul is melting away: yet I want to kiss her again.'”

Will these two young lovers ever discover how love works? You’d think with flocks of  animals around them, they could figure out the mechanics, but that would be too easy.  The Greek author Longus lines up a long cast of obstacles: other would-be suitors, abduction, near death, trickery, attempted rape, attacks by foreigners to strange discoveries of their origins. Longus is so good at spinning his tale that he leaves his readers from the 2nd century and the 21st century wondering if these would be lovers will end up together. He does not dissapoint.

Daphnis and Chloe is a fun tale that thoroughly explores the ancient art of falling in love and it’s many confusing phases. A recommended read!